How the Beatles nearly sacked George Harrison and fielded Eric Clapton to replace him, reveal unearthed recordings from January 1969

By David Wilkes for the Daily Mail

The title of the Beatles’ latest album, Let It Be, suggested serenity and acceptance. But recently unearthed recordings from January 1969 prove that the Fab Four’s swan song followed more of a long, winding road.

In fact, the inflammatory clips chronicle how John Lennon threatened to replace George Harrison with Eric Clapton when he temporarily left the group.

The sudden departure of Harrison – who felt his songs didn’t attract as much attention as those of Lennon and Paul McCartney – worried McCartney and Ringo Starr. But Lennon, while likeable, was practical.

Harrison’s attitude had been “a festering sore,” he said, “and we let him go deeper and we didn’t even give him bandages…” He added, “I think so. that if George doesn’t come back (next week) we ask Eric Clapton to play. ‘

The title of the Beatles’ latest album, Let It Be, suggested serenity and acceptance. But recently unearthed recordings from January 1969 prove that the Fab Four’s swan song followed more of a long, winding road.

Harrison, who had visited his mother in Liverpool, returned to the sessions six days later.

The talk is part of more than 120 hours of unheard audio and 50 hours of never-before-seen footage made as a movie on the wall was shot by director Michael Lindsay-Hogg during the rehearsal and recording of Let It Be.

Now, over 50 years later, they’ve been used in a three-part TV documentary, The Beatles Get Back, directed by Oscar-winning Lord of the Rings director Peter Jackson and due to air next month.

The Join is a new album containing additional songs, clips and a book of clichés from the sessions, in addition to the transcripts of the recordings discussions. 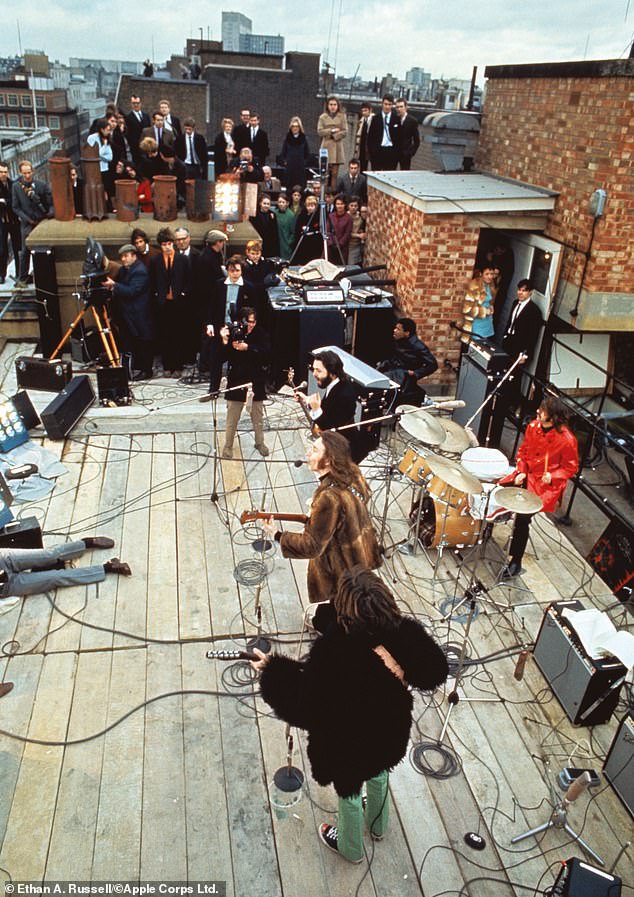 In fact, the inflammatory clips chronicle how John Lennon threatened to replace George Harrison with Eric Clapton when he temporarily left the group.

More friction was notoriously caused by the presence of Lennon’s girlfriend, Yoko Ono.

She was a distraction to Lennon as he lost interest in being a Beatle.

“I’m not going to lie,” he said on tape to the other Beatles. “I would sacrifice you all for her. And McCartney says to Harrison, “If there was a push between Yoko and the Beatles, it would be Yoko for John… And we don’t want that to happen.”

“It’s going to be an incredibly funny thing if in 50 years people say the Beatles broke up because Yoko was sitting on an amp.”

The Beatles’ concert from the roof of their Apple Corps office at 3 Savile Row in central London on January 30, 1969 – and also documented in the original film Let It Be – turned out to be their last public performance together. 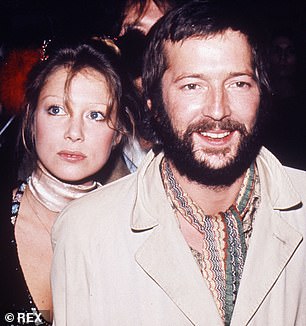 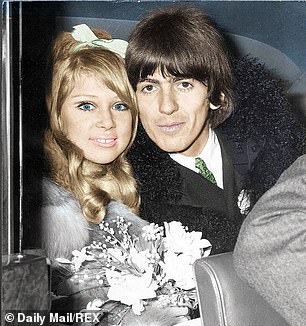 Harrison’s attitude had been “a festering sore,” Lennon said, “and we let him go on and we didn’t even give him bandages …” He added, “I think if George ( right) isn’t coming back (next week) we ask Eric Clapton (left, with Pattie Boyd) to play ‘

The images became iconic, but just a week before they had no idea what they were going to do – and had discussed a televised concert in the remains of a Roman amphitheater in Libya or a concert during a cruise on the QE2.

They seemed to like the idea of ​​the cruise until Harrison realized they would be “stuck with a bloody boat full of people for two weeks.”

Harrison and Clapton were friends, but they loved and married the same woman, model Pattie Boyd. Harrison wrote Something to proclaim his love for Miss Boyd.

Then, just a year later, in 1970, Clapton recorded Layla, a secret declaration of unrequited love for her. And several years later, when Miss Boyd moved from Harrison to Clapton, he recorded Wonderful Tonight in 1977 – a public affirmation of their relationship.

They married in 1979, but divorced ten years later.